On demand TV streaming services are hugely popular, while Netflix remains the global leader in terms of total subscriber numbers, there are many other excellent TV streaming services out there with equally good content including original series, documentaries, films and more content you could ever watch.

We take a look at some of the best TV streaming services that you can sign up for on your smart TV, smart TV plugin or games console (Roku TV Box, Now TV stick, Playstation, XBox etc). Binge viewing has never been easier!

“ON demand TV – watch what you want, when you want”

Disney+ launched in March 2020 for UK viewers. Disney Plus is a monthly subscription service from Disney, bundled with content from the Disney family including: Disney Studios, Marvel, National Geographic, Pixar & Star Wars.

The Disney+ app is now available to download on most smart TVs, phones, tablets, laptops and other devices. As a relatively new service Disney+ is priced competitively with other streaming services. The standard monthly plan is £7.99 or you can buy a 12 month subscription in one go for £79.90 (a 15% saving).

Can’t get Disney+ on your TV? Some smart TV’s still don’t have the Disney+ app, but don’t fear you can still get Disney+ via compatible streaming devices, including those from ROKU, NOW and also via the latest connected games consoles like X-Box and Playstation 4. ROKU & NOW plugins start around £20 – £30 and will stream Disney+ and other popular services (subject to the services monthly or annual subscription). All plugin streaming devices require a decent wireless internet connection and watched via your existing TVs HDMI input.

Netflix originally started out as a postal DVD rental delivery service. However Netflix quickly adapted as superfast internet came online. Netflix first launched the streaming service we are all familiar with way back in 2007 and they haven’t looked back.

Today Netflix has 100s of original shows, documentaries and movies, plus access to hours of content from other providers including BBC, HBO & others.

Netflix has won critical acclaim for many of its original shows including; Orange Is The New Black, The Crown, Stranger Things & Ozark. The TV phenomenon Squid Game is exclusively on Netflix, Squid Game has become one of the most streamed series ever worldwide.

In 2022 Netflix launched Heartstopper an LGBTQ+ teen drama set in the UK, Heartstopper quickly went to No.1 spot across multiple Netflix regions, winning millions of fans. While Netflix has recently announced falling subscriber numbers, they have just announced Heartstopper that they have commissioned season 2&3 of Heartstopper back to back so looks like us fans have more great drama to look forward to very soon.

BBC’s FREE streaming service for UK TV licence payers. BBC iPlayer is accessible via the iPlayer app, on most smart TVs, games consoles and online. The iPlayer app has been updated and now offers a great user experience.

iPlayer allows you to live stream BBC shows if you are located in the UK, you can also catch up with popular BBC shows and watch loads of on demand content including hugely popular; Killing Eve, Dr Who, Silent Witness & Line of Duty as well old BBC classics like Fawlty Towers & One foot in the grave. BBC iPlayer also shows a good selection BBC documentary series like Planet Earth I & Planet Earth II, Blue Planet and Green Planet, plus a selection of films & movies that refresh with new titles regularly added.

For viewers not based in the UK BBC & ITV have launched ‘Britbox’ an international subscription service bringing the best UK TV to a worldwide audience.

Amazon Prime Video is up there with Netflix’s by subscriber numbers, like Netflix Amazon Prime is now a major original content producer. Amazon has loads of its own shows coming out of Amazon Studios including award winning documentaries and movies. Amazon constantly adds new content.

Prime Video is available as a monthly or annual subscription and was originally launched as an add-on to Amazon Prime priority delivery service. Prime Video differs from Netflix in that it also includes a lot of additional paid for content including the latest movie releases movies and complete box sets from other services. You can also add in app apps to the Prime service so you can add subscriptions like Brit Box Amazon Prime has also recently moved into live sports and has rights to show a number of live UK football matches in 2021. Amazon Prime also shows golf, tennis as well as other popular sporting events.

Now TV is brought to you from SKY satellite broadcasting. Relaunched as NOW in 2021  NOW allows you to stream SKY channels and content on demand. To get NOW you will need a smart TV or device with the NOW app installed. You can also get a NOW dongle/stick if you don’t have a compatible smart TV.

NOW works on a (pay as you go) payg subscription, there is no contract or commitment, so you are free to cancel at any time. NOW offers a selection of memberships, you can choose from the following plans: Sky Cinema (£11.99 per month), Entertainment (£9.99 per month), Kids (£3.99 per month) and Sports (from £9.99 per month).

Can’t get NOW TV app on your TV? Some smart TV’s still don’t have the NOW app, but don’t fear you can still get NOW via compatible streaming devices, including those from ROKU and NOWs own plugin devices. You can also get NOW via the latest connected games consoles like X-Box and Playstation 4. Plugin streaming devices require a decent wireless internet connection and play on your TV via your TV’s HDMI input.

All4 is Channel 4s streaming service, like BBC iPlayer it’s a free service for UK TV license payers, supported by advertising on the standard service, or you can upgrade to the All4 Plus advertising free plan at £3.99 per month. All 4 has masses of content including original series like Skins, Shameless and Humans, documentaries and numerous films. All 4 also allows you to stream 4s live channels on smart TVs, and connected devices.

Apple TV+ officially launched in November 2019 after months of trials in US homes. Apple TV+ is a monthly subscription service and can be accessed via the Apple TV+ app on smart TVs and devices, or on Apple TV Boxes.

Apple have commissioned a number of original productions including documentaries like Dads, The Elephant Queen and drama series like SEE, Servant and Truth Be Told. Apple have also started to license older content from other studios to bolster viewer choice. Apple have also supported the release of new original films on Apple TV+. Like other services Apple have struggled with production of original content due to the Coronavirus pandemic.

You can get Apple TV+ free for a year when you purchase a qualifying Apple product. The service is also available to anyone for a 7 day free trial, then £4.99 / $4.99 a month (until cancelled).

Can’t get Apple TV + on your TV? Some smart TV’s still don’t have the Apple TV app, but don’t fear you can still get Apple TV via a ROKU streaming device, these start around £20 and plug into your TV. All ROKU devices require access to a wireless internet connection but simply plug in to one of your TVs HDMI sockets for access to Apple TV and other popular streaming services.

BritBox is brought to viewers as a joint venture from the UK’s BBC & ITV. BritBox is a contract free, online digital subscription service. BritBox is available via smart TV apps, and online in the United Kingdom, United States, Canada, Australia, and South Africa. BritBox focuses on providing quality British series and content to a global audience. Popular shows like Dr Who, Cold Feet & classic like Dads Army and Spitting Image are all available on demand and the best UK soaps are also available shortly after they have aired in the UK (soaps available include Eastenders, Coronation Street, & Emmerdale). As the BritBox audience grows there are plans to release of original content globally.

BritBox offers a free trial initially, allowing you to test out the service for 30 days. After  your free trial, you’ll automatically move to a rolling subscription at £5.99 a month (until cancelled), or you can pay £59.99 in advance for a whole year, which is a 16% saving.

Rakuten TV offers both free and paid TV services. Rakuten TV is available on most smart TVs, via a mobile/tablet app and also via the Rakuten website. Rakuten TV allows you to stream from a huge catalog of movies including many of the latest movie releases as soon as they are available. If you can’t find a movie on Netflix or Prime the chances are it will be available via Rakuten.

Choose to rent movies for 48 hours or buy movies to keep backed up in your Rakuten account to stream whenever you like. Rakuten TV offers content in HD & UHD when available. 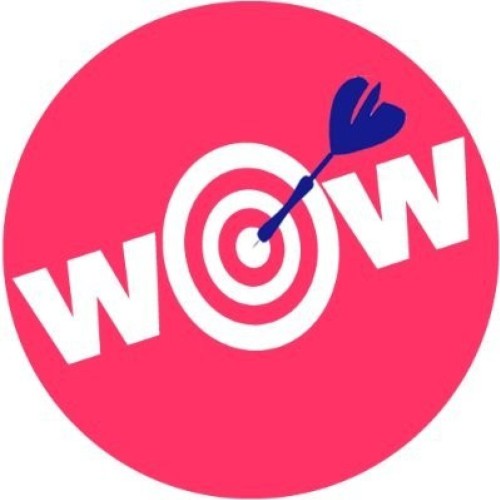 WOWCOMPARE® - Energy saving guide, find out how you can cut your family's energy use to reduce your electricity and...
Read
Utilities

WOWCOMPARE® - Energy saving guide, find out how you can cut your family's energy use to reduce your electricity and gas bills and save...

WOWCOMPARE® - Energy saving guide, find out how you can cut your family's energy use to reduce your electricity and gas bills and save...

How To Buy, Sell and Trade Cryptocurrency

A starter guide - How to buy and sell cryptocurrency Investing in cryptocurrencies and crypto trading has never been easier. If the concept of crypto...

©2022 WOWCOMPARE - We compare you save
WOWCOMPARE® is a trademark of We Are Wow Limited, registered in England company number 13424881